College Hunks is a purpose-driven, values-based franchise opportunity. We have 150,000 5-Star Reviews on Google and a Net Promoter Score of 88. The average franchisee gross revenue in 2019 was $1.31M, up from 296% over the past 7 years!  During the 2020 Pandemic, our World-Class Call Center booked over 330,000 jobs for less than 140 open locations at the time and are booking over 10,000 calls a week right now! No matter what the economy is doing, there’s a high demand for both moving and junk removal services.

Beyond the numbers, College Hunks continues to be recognized for having the best culture in franchising. We donate 2 nutritious meals to a charity called “US Hunger Project” and 70% of everything we pick up is donated or recycled. During the pandemic, we saw a spike in domestic violence so we began offering free moves for victims of domestic violence.  It’s part of our mission to move the world both literally and figuratively and we partner Habitat for Humanity, Goodwill, Salvation Army among others. College Hunks is committed to our role as a catalyst for positivity and helping others become a better version of themselves.

College Hunks has National Accounts and each franchise owner has a Franchise Business Coach and a Marketing Coach to ensure they're optimizing the opportunity and maximizing revenues.

In short, we are looking for “A-Players” with a positive, “can do” attitude, a risktaker that will take our advice and put it into action.

"By becoming an owner of this franchise I can provide a service that my competitors aren’t capable of or willing to do. Plus, just the name itself is a conversation piece."Carl Carter

"When you have an environment where people enjoy working, you build a great culture that gives a team a focus. Throughout my career I developed a lot of assistants who became store managers, and the chance to keep helping people get to a higher level was very appealing. My title is the ‘Director of WOW and Amaze,’ and if I WOW and amaze my Hunks, they WOW and amaze my clients."Steven Roper

"One of the things that sets us apart is our labor force. It’s professional. young, enthusiastic and trained. We are employing future leaders at College Hunks. It really sets us apart from our competitors."Gary Bussard 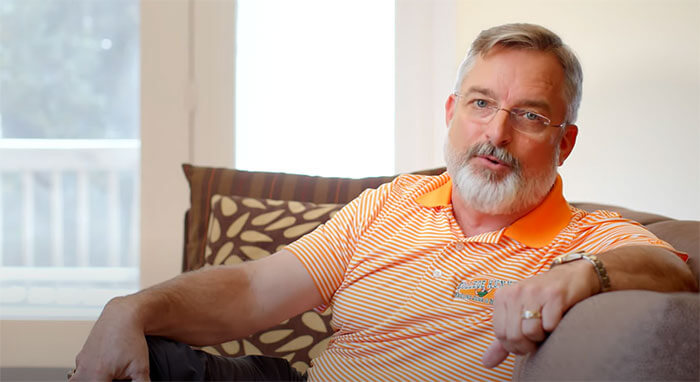