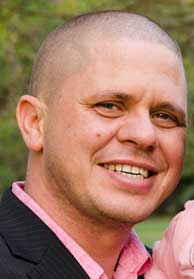 Growth expands coast to coast down under

BRISBANE, QUEENSLAND, AUSTRALIA, November 1, 2018—Barmetrix is thrilled to announce the opening of a fourth office in Australia. Willie Fourie has partnered with Barmetrix, the hospitality industry’s leading consulting firm, to spearhead the new Brisbane and Gold Coast office.

For 20 years, Fourie was known as the “go-to guy” for helping struggling bars and pubs in his South Africa home before relocating to Brisbane in 2017. His passion for team development and leadership, and his dedication to the every-day issues faced by hospitality industry operators will prove invaluable for the bar & restaurant operators in Brisbane.

Ray Walsh, Barmetrix COO stated, “The addition of Willie Fourie and the new office in Brisbane not only compliments our team in Australia, but enhances our global community in the US, Canada, Europe, South America and UAE, as we continue to realize our goal of radically improving the hospitality industry”

Barmetrix is the leading hospitality services and consulting company. From a small business concept started in 1999 on a kitchen table in Sydney Australia, we have coached over 5,000 bar/restaurant operations teams on three continents in four countries around the world. In a nutshell, Barmetrix provides expertise in solving some of the most common issues in hospitality businesses worldwide today.