Two Men and a Truck - Franchise

Are you interested in pursuing a business ownership opportunity in a $15.5 billion industry with a franchise system that consistently outpaces the competition in revenue growth and customer service? Then Two Men and a Truck is the right opportunity for you! We are the nation's largest franchised local moving company - inquire today!

*Please contact "Two Men and a Truck" to confirm the accuracy of any information provided on this page.

Two Men and a Truck - Franchise

Are you interested in pursuing a business ownership opportunity in a 15.5 billion dollar industry with a franchise system that consistently outpaces the competition in revenue growth and customer service? Then TWO MEN AND A TRUCK® is the right opportunity for you. The system offers:

As of March 2015, the system has experienced 64 months of revenue growth, 48 consecutive record months, while maintaining a 96% customer referral rating. New locations are also growing faster than ever, with recently launched locations hitting one million dollars of revenue in their first year. This growth contributed to the company’s ranking on the Inc. 5000 list with companies such as Microsoft and Zappos. In 2014, the company had a record number of expansions, doubling the number set in any year. When partnering with our proven system and utilizing our tools and data, all you need to drive is success!

Credibility:
TWO MEN AND A TRUCK® began in the early 1980s with brothers Jon Sorber and Brig Sorber, and a ‘66 Ford pickup truck. Over time, Jon, Brig, their mom, Mary Ellen Sheets, and sister Melanie Bergeron, worked endlessly to grow the family business. They understood that you could build a successful business while taking care of the people you serviced along with your community. Today, the widely respected company has more than 341 locations worldwide, 2,100 trucks on the road, 8,000 employees during peak season, and performed its five millionth move June 2014. We are a company built on Core Values that permeate the entire franchise system.

Over the years we’ve learned a lot about what it takes to make a franchise thrive. We serve both home and business customers daily, and offer a range of services including packing services, and the sale of moving supplies at franchise locations. These services contribute to customer satisfaction - and they provide additional revenue opportunities for your franchise.

Today, as the nation’s largest franchised local moving company, we’ve set our sights on continued growth and innovation, while remaining rooted to our core principle: exceeding customers’ expectations in quality and value – every time.

Two Men and a Truck Video 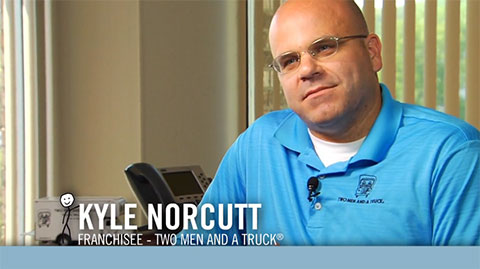 Here are some other suggestions in the same category that you selected :

Are you looking for a Green Business. Estate Sales are BOOMING right now, as the senior population looks to downsize, move, or liquidate a home...and Blue Moon Estate Sales has a huge following of loyal shoppers just waiting to find out about the next sale! Buy a proven business plan and become an estate sales business owner. Learn more now!

Our specialty is Executive Search for all c-suite/director level executives and operations managers at all levels. Servicing all markets of hospitality including hotels, restaurants, casinos, airports, clubs, resorts, university & hospital cafeterias, food & beverage and specialty searches. Learn more about joining us! 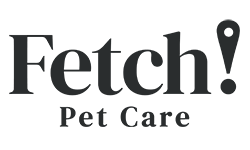 Work with the ones you love, the pets. Fetch! Pet Care offers professional dog walking and pet sitting franchise opportunities to the entrepreneur and pet lover alike. With Fetch!, you can build a solid career with a promising future by joining one of the best pet franchises nationwide. Learn more now! 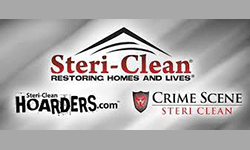 Ster-Clean specializes in crime scene clean up, hoarding remediation and infection control. The brand and founder Cory Chalmers has been often featured on the hit TV series Hoarders. Let us show you how we maximize profits and minimize expenses of our franchise owners This is a unique business without a lot of competitors.

Multiple profit centers, low start-up and low overhead make the TruBlue franchise a huge opportunity to start out strong and build long-term wealth for your future. We provide Total House Care, both inside and outside the home, and serving two huge markets with convenient, care-free living ... Seniors “aging in place” and Busy Families. Learn more!

Servpro Cleanup & Restoration has grown into a top franchisor in the cleaning and restoration industry. Servpro offers a complete start-up package, professional training, a large support network and the technology to run a successful business. Inquire now - we would love to talk with you more about this opportunity!

Join the fastest-growing property restoration franchise in the nation when you partner with 1-800 WATER DAMAGE. We excel at helping franchisees realize their full potential with comprehensive franchise support that is designed for long-term growth. We Provide Everything Needed to Build a Great Business – JUST ADD WATER!

Rev up your revenue potential with a Grease Monkey® franchise. A low cost of entry, a model that invites customer loyalty and repeat revenue all position our franchisees to win. And that's what drives us. Learn more about the costs, benefits, and available locations today!

All Dry - Restoration and Cleanup

One of the FASTEST GROWING FRANCHISES IN AMERICA is rapidly opening new territories with under $100k in startup fees, a fast break-even, and over $2.9M in revenue! All Dry Services delivers fast and reliable water mitigation and mold remediation services through high-tech processes, intuitive software, proprietary training, and exceptional customer experiences.

At Window Genie, we’ve become a leader in our field by providing an affordable way for people to preserve and maintain their biggest investment. Window Genie has a culture that values motivation, competition and an entrepreneurial mindset along with a work-life balance. Financing assistance available to qualified buyers.