Wish you were alive during the Gold Rush? If you were, would you have the guts to take the risk to potentially strike gold or would you be the person sitting on the sidelines? The Medical Marijuana Business is today’s Gold Rush! Now is the time to invest in the Cannabis Industry. 29 States have already legalized it.

*Please contact "420 Services" to confirm the accuracy of any information provided on this page.

Wish you were alive during the Gold Rush?

If you were, would you have the guts to take the risk to potentially strike gold or would you be the person sitting on the sidelines?

Now is the time to invest in the Cannabis Industry.

29 States have already legalized it. If you wait until the Federal Government follows suit, it will be too late and everyone and their mother will get involved.

The Opportunity is NOW. The Risk Takers of TODAY will be the Industry Players of Tomorrow.
Over 23,000 studies tout the benefits of medical cannabis for people facing everything from Alzheimer’s disease to chronic pain to diabetes, and cannabis is becoming mainstream.

Backed by an enormous body of scientific research, ever more progressive cannabis laws, and enthusiastic public opinion, cannabis is earning the reputation it deserves as a groundbreaking health solution.

There are over 200 Conditions that benefit from Medical Cannabis. Some of the Conditions are:

CANNABIS INDUSTRY STATISTICS
More than 1.2 million people already use medical marijuana for a wide variety of medical problems, from cancer to epilepsy to depression.

If you’re not sure how the industry is shifting, consider these statistics:

CBD, THC & Cannabinoids
When many people think “cannabis”, they think of marijuana plants. And while marijuana and hemp plants are part of the same species, Cannabis sativa L., hemp is the food and fiber part of the plant, while marijuana is cultivated to maximize tetrahydrocannabinol (THC), the element that makes the user feel “high”. Both hemp and marijuana contain dozens of cannabinoids, naturally occurring chemical compounds, but it is cannabidiol (CBD), in particular that offers many health and therapeutic benefits – without the high. Hemp plants typically contain elevated levels of health-enhancing CBD, but by definition contain only trace levels of THC. This makes the hemp plant – gives hemp a lot of health potential, very attractive to those seeking an antioxidant-rich lifestyle, but not to recreational users. – without the side effects of marijuana.

Legality of Cannabis & Hemp
On a federal level, it is illegal to grow cannabis in the United States. Compounds from cannabis, whether they come from hemp or marijuana, are considered schedule 1 drugs, which means the government believes these cannabinoids have no medical use. There are of course risks investing in the Cannabis Industry today. However, the future for new laws to be passed looks bright and those that can see the potential and start investing today will be the smart investors of tomorrow.

Here are some other suggestions in the same category that you selected :

Join the healthy vending revolution with Healthy YOU Vending! Since 1999 we have helped thousands of operators position themselves in their respective markets as vending professionals in this exciting $43 Billion dollar industry. The demand for healthy food choices is exploding. We can help secure your locations. Don’t miss this opportunity! 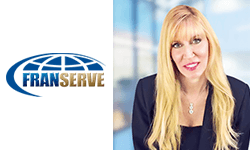 If you are looking to own a business and have a minimum of $30,000 in liquid available cash, let us help you in deciding which business offers more reliability & profit than another. We are the bridge that will connect you to the right franchises

As the longest-running, most-awarded, most-recognized business opportunity in vending, Naturals2Go offers a proven program with a history of success. As the largest healthy vending company in the United States, Naturals2Go has built an unmatched training & support and success team. Learn more now! 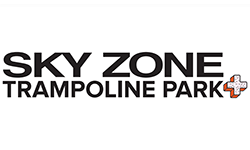 First on the scene and best in its class, Sky Zone created the world’s first wall-to-wall trampoline park in 2004, bringing healthy, high-flying fun to people across the globe. Now you can be part of this international sensation. See how fitness, entertainment, and interactive technology create a powerhouse of an opportunity. Learn more now!

We don't train dogs. We train the people who love them. Zoom Room is a venture-backed indoor dog training gym. Investment is quite low compared to other pet concepts. Learn more about the costs, benefits, and available locations today! 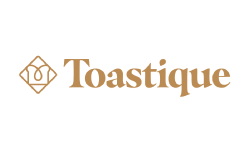 Our objective is to make healthy eating accessible, simple, and delicious. We offer a unique menu consisting of gourmet toast, cold-pressed juice, smoothies, smoothie bowls, cafe-style coffee, and nitro cold brew coffee. At Toastique we use only fresh, seasonal, and responsibly sourced products in a feel-good, chic atmosphere. This year, invest in a healthy, quality, and exclusive concept for your community and family. 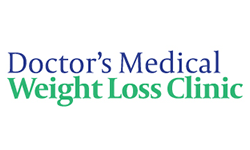 The diet and weight loss industry is truly massive – a $200 billion dollar a year industry that dwarfs even the restaurant industry, which does $80 billion. Our team has a rigorously tested turnkey system – proven successful over time – and has assisted in opening over one hundred and fifty specialty niche medical clinics over the past thirteen years. We’re proud of our A+ accredited rating with the Better Business Bureau. Learn more now!

The fitness franchise opportunity at Fit Body Boot Camp provides you the potential for higher profit margins than other fitness business models because we leverage the results of 1-on-1 personal training with the scalability of having multiple income streams and dialed in, turn-key business systems proven worldwide. Learn more now!

Home Instead is enhancing the lives of aging adults and their families by providing in-home, compassionate care for seniors. We're proud to have over 1,200 franchises worldwide! For a limited time through the “Mission for Service” program, Home Instead is waiving its $59,000 franchise start-up fee for two qualifying military veterans.

At The DRIPBaR, we provide a unique combination of vitamins to boost energy levels, improve vitality and to set you on the road to optimal health and well-being. The DRIPBaR is focused on helping people obtain their best health using advances in intravenous therapies.