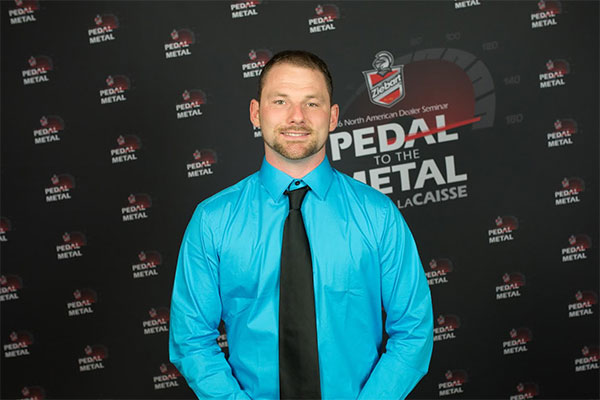 It all started in Ziebart’s home state with the newest Michigan franchise awarded to Anthony Mattia. Ziebart of Sterling Heights is the eleventh franchisee in Michigan and fifteenth store location in the state with the Grand Opening scheduled for December 2016. “I’m so excited to be involved in the rebirth of the motor city state. Being a part of the continued expansion of greater Detroit is only proof of that” said Mattia.

“This Grand Opening for Sterling Heights is very exciting for all of us,” said Thomas E. Wolfe, President/CEO of Ziebart International Corporation. “As we reintroduce the Ziebart brand from coast-to-coast, each new franchise is key to our continued success. We wish Anthony the best in delivering quality Ziebart products and services to our Michigan customers.”

Texas has also become a state of continued growth with Tim Cooper signing on in Houston, TX and Clint Tidwell in Tyler, TX. Both are in the midst of site selections and expect to open their storefronts this month. They join the other two very successful Ziebart stores, both in South East Texas. “We are ecstatic about our third and fourth Ziebart locations opening in Texas and are just as excited about the increase in interest for our franchise, particularly in the South, a non-traditional rust market,” said Wolfe.

The level of U.S. interest continues, with Ziebart stores planning to open in Alabama and Florida early in 2017. "Nobody does vehicle detailing, films, and protection better than Ziebart,” said Wolfe. “Our heritage and history combined with high-tech, cutting edge products and superior customer service makes Ziebart a great investment for our franchisees.”

In addition to the U.S. growth, international expansion is continuing for Ziebart as they awarded and opened a Thailand master franchise this year.

Ziebart is one of the oldest franchised brands in the world. The company offers single and multi-store or master franchise opportunities to qualified investors. While many small businesses fail within three years, the average Ziebart store owner has been leading his local market for over 20 years.

Ziebart International Corporation is headquartered in Troy, MI, representing a global franchise network of vehicle protection and appearance services for over 57 years. The company was founded on rust protection in 1959 and operates approximately 400 licensed locations with 800 processing centers in 33 countries. Ziebart is the world’s leading name in automotive services that renew, protect, preserve, and enhance the appearance of cars and trucks. Ziebart offers a full line of appearance and protection services for both the interior and exterior of vehicles, including professional detailing, window tint, Z-Shield® paint protection film, vehicle wraps and graphics, Genuine Ziebart Rust Protection, and Undercoating Rhino-Linings® sprayed-on bed liners, and much more
0
Add Franchises To Basket<br /> For Free Information
Request Free
Information