Who Dreamed up Potatopia, the New All-Potato Concept in the Village? 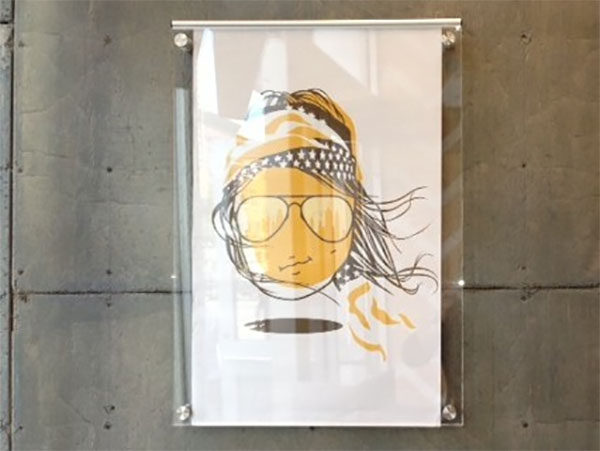 Billy Lyons - If food were a summer blockbuster, the burger would be a leading man played by Brad Pitt, while the lowly potato would undoubtedly be the hilarious sidekick portrayed by Zach Galifianakis. However, the continued growth of chains hawking niche cuisine like lobster rolls and dosas proves more restaurateurs are willing to invest in what’s typically considered second fiddle, and so the announcement of Manhattan’s first Potatopia location, an all-potato fast casual concept, should be no surprise.

Let’s dig deep to clear up immediate misconceptions knocking around in your head about this place. You’re not going to find frites served in a metallic dunce cap. Nor will you find a baked potato bar, which loses its appeal anyway once the guy ahead of you cleans out the sour cream tub. And you most certainly won’t find soups, sandwiches, or burgers popping up as an alternative if you’re not into the whole subterranean sustenance movement.

Instead, what you’ll find is a made to order selection of carbs, proteins from Pat LaFrieda, and fresh veggies that let’s you doll up your spud anyway you like, and just like plastic facial features you can hook onto Mr. Potato Head, the combinations are seemingly endless. And those of us who have a hard time mixing and matching can order a signature meal like the lox and scallion Lower East Sider option.
Nutrition is a hallmark of the operation, and locally sourced ingredients are tantamount to the shop’s recipe for success. While devotees of Dr. Atkins may not approve, Potatopia argues that potatoes, when paired with fresh veggies and lean meats like chicken, are on par with other health-conscious fast casual choices.

So who dreamed this up? 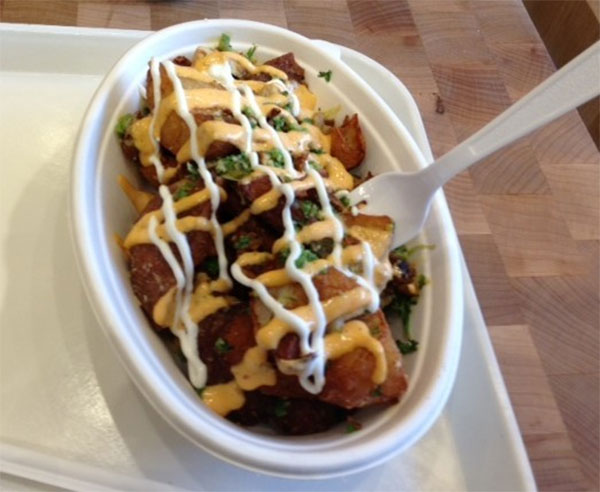 Potatopia allows you to mix and match proteins, toppings, and sauces and also features a selection of signature meals for those who can't decide

Allen Dikker, the concept’s founder, had no formal experience in restaurants or fast food; he was a home cook whose sauces from scratch gained him acclaim among friends and family, and he wanted to find the perfect vessel to pair with his specialty.

A self-described businessman whose family had a standard of excellence when it comes to cooking, Dikker knew he could make good use of his background in advertising and media in the restaurant industry. However, you can’t start a restaurant concept without studying what it’s like to manage a kitchen staff, which is exactly what he did. Traveling to Hoagie Haven–a beloved sandwich shop in Princeton, New Jersey–Dikker watched how the staff moved about the space, how orders were received, and most importantly, how the shop achieved customer satisfaction. Once the study session at Princeton was complete, it was time for Dikker to make his next move and go all in on making the step from home chef to proprietor.

As nerve-racking as opening the first Manhattan location is, try explaining the very first all-potato concept to the brass behind The Menlo Park Mall food court. “If you don’t bring your A game to this business, there’s no way you’re going to survive,” notes Dikker. The careful planning–a process that took nearly two and half years - paid off. The success of the first location, where customers would often stop by to pick up a dish in addition to a meal they purchased, helped validate his belief that Potatopia could stand alone and be a hit in New York City.

And at just over a week old, the new location is developing a clientele of all ages proving sometimes people want to hang with the funny sidekick instead of the charming leading man. 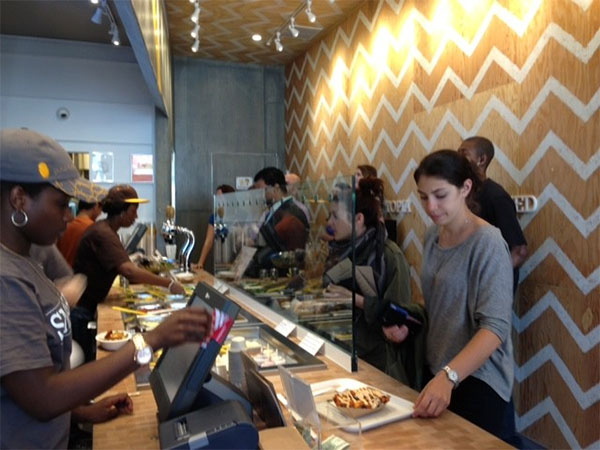 A line forms during lunch hours at Potatopia, now open at 378 6th Avenue in Greenwich Village