Coral Springs, Fla. – April 22, 2019 – In a bustling South Florida hospitality hub, Cruise Planners®, an American Express Travel Representative, has been ranked 23rd on this year’s list of Top Workplaces in South Florida by the Sun Sentinel and as the No. 1 company in the Travel/Vacations category. This is the fifth year in a row the company has made the cut on this prestigious list.

“We like to be different and we hire only the best people who fit our fun, encouraging and positive work environment and who are service oriented to support our growing network of home-based travel advisors,” said Michelle Fee, CEO and founder of Cruise Planners. “We call them Unicorns as we know such rare talent can be hard to come by, and this award shows exactly that.” CEO and founder, Michelle Fee, has high standards for a positive corporate culture at Cruise Planners. She set the bar 25 years ago and the Cruise Planners Home Office Team have embraced it ever since.

Achieving this special recognition serves as a direct reflection of hard work that goes into creating the office culture distinguishing Cruise Planners from the rest. From unveiling new Google-inspired headquarters with pops of “CP Green,” to celebrating the unique qualities of team members on Unicorn Day, Cruisitude™ is everywhere at the Cruise Planners Home Office.

Top Workplaces by the Sun Sentinel based its ranking on an employee satisfaction survey covering seven areas, including leadership, employee engagement and benefits. Some of the many benefits Cruise Planners offers its team members are access to special travel agent discounts and programs, travel benefits with the ability to attend familiarization trips around the world, and entry to annual convention and regional boot camps. 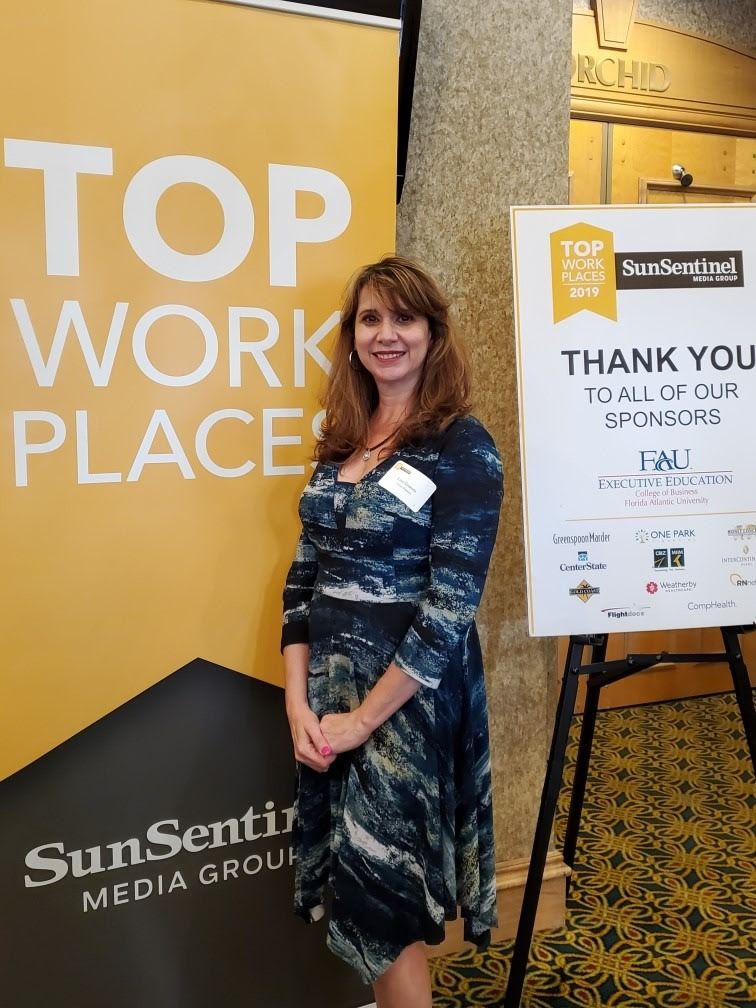 A travel industry leader, Cruise Planners is always looking for talented people with a passion for travel to join one of South Florida’s Top Workplaces. Set sail with Cruise Planners – view all open positions at https://cruiseplanners.bamboohr.com/jobs/.

Cruise Planners, an American Express Travel Representative, is the nation’s largest home-based travel agent franchise network in the travel industry. Cruise Planners operates a network of more than 2,500 franchise owners who independently book vacation and travel experiences for their clients. Headquartered in Coral Springs, Fla. since 1994, Cruise Planners supports its network of franchise owners with innovative marketing, booking and technology tools, professional development and training with the industry’s top executives. Cruise Planners and has been named the No.1 travel franchise by Entrepreneur magazine for 16 consecutive years and was recently featured in Entrepreneur as one of the top 30 franchise innovators in technology. Consistently named as one of the Top Women-Owned Businesses by the South Florida Business Journal, Cruise Planners is on the Inc. 5000 list as one of the fastest-growing private companies in America, has been ranked as the #1 travel franchise by Franchise Business Review for 6 years and is recognized as one of the Top Workplaces by the Sun Sentinel.

Cruise Planners has achieved top producer status with every major cruise line including Royal Caribbean International, Norwegian Cruise Line, Princess Cruises, Carnival Cruise Line, Celebrity Cruises, Holland America Line, MSC Cruises, Viking Cruises, Uniworld Boutique River Cruise Collection and Regent Seven Seas Cruises, as well as many land vendors such as Travel Impressions and Sandals and Beaches Resorts. As an American Express Travel Representative, Cruise Planners maintains a reputation for quality and offers exclusive American Express Travel benefits such as Pay with Points. Cruise Planners has earned the American Express Travel Representative Excellence Award since 2004, as well as numerous marketing, technology, franchise and philanthropy awards including an International Franchise Association FranTech award for innovation, Magellan Awards from Travel Weekly and Travvy Awards from travAlliance media. Cruise Planners celebrates diversity and supports are troops as one of the Top 50 franchises for Veterans according to GI magazine, the Top Franchise Brand for Veterans according to Franchise Business Review, one of the Top 25 franchises for African-Americans by Black Enterprise magazine and a member of the International Gay & Lesbian Travel Association.